The Joy of Serendipity 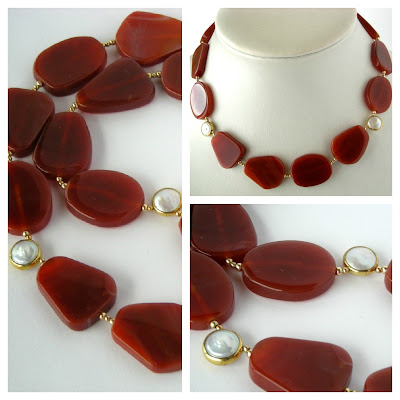 I’ve settled into a routine now the kids are back at school.   There’s too much housework in there for my liking.   And cooking.   But there is the healthy addition of regular exercise (and I’m feeling better for it) and barring multiple long phone calls each day I’m even managing to make some jewellery!

It feels like it’s been a long time  since I’ve had time to play at my bench.  The only times I’ve sat there in the last couple of months has been to do a specific piece – a  special order or a client’s repair.   Playing is far more fun.

I get to go through my boxes (and boxes!) of gems, looking for something that ‘speaks’ to me, often finding in the process a special stone or two that I’ve been meaning to do something with.  All these end up on my bench and I start to move the stones that inspired me to pick them out of the box.

Sometimes inspiration strikes quickly and I act on it immediately.  It doesn’t always work, so I take the layout apart and start moving things around again.   Serendipitously, the unrelated thing that I pull out as well, often ends up as part of the end design.

Here’s a case in point.

I was going through my “browns” box (yes, I keep the majority of my stones in a very unglamorous system by general colour, so that when I need that colour for a project I know where to look), and saw some flat caramel brown slabs of carnelian.  They’re smooth and lie flat, their colour is rich and warm.

As I looked at them my muse (or inspiration) said, “oh yes, those ones”.   So they ended up on my bench.   Earlier I had been putting away some small stones and saw a little packet of vermeil rimmed pearls.   “Ahh”, I thought, “I wanted to make some earrings with them”, so they had stayed on the bench to one side.    I had received some big red jasper hearts from a supplier a couple of days before and felt like I needed to do something with them too.  So they too were on the bench.

I decided to start work on the carnelian before I got off track (so easy for me to do) and firstly they really wanted to be with gold to complement the warm tones.   I did this, but the effect was, well,  to be truthful, a bit boring.  “Hmmm”.  I looked at them more.   I glanced at the hearts.  “Ahhhh”, I thought,” I could use a heart as a feature”.  I went through them and found a heart in the same caramel brown tone and placed it in position. “ Hmmm, yes, I like that” was my first impression.     Then I happened to glance over and see the little vermeil rimmed coin pearls…. “white could give it a lift” popped into my head.   I picked them up and placed them, immediately , one on either side of the layout and straight away I knew this was how it was supposed to be.  This was what the carnelian (and perhaps even the pearls) wanted.

I made it up and yes, it was perfect.

So yes, I talk to myself.   I “hhhmmmm” a lot and “ahhhh” a lot.  But the end result usually works and pieces that are the result of these happy little accidents are often, I feel, my best work.  They’re not forced, they just want to ‘be’.   Three cheers for serendipity!

I'm glad to know that I'm not the only one that talks to herself during this process! ;-) I love the piece you have pictured - it's beautiful. I also love those days when you can just 'play' and look through all your goodies. Those are my favorite days!!

Just beautiful Annette. You're so very talented, and I've no doubt it's so much more fun than housework.

Gorgeous necklace Annette you are so very clever. I hope you find plenty of time amoungst living to do more lots more creating

I love that you shared your creative process like that, Annette! I think those serendipitous moves are cool! They happen in writing too. It's like our subconscious knows what goes where all along. We just have to relax and let it flow.

the joy of serendipity indeed...what a pretty piece... xv

Those stones are absolutely gorgeous. And what a lovely combination you've created.

I haven't sat down to make any jewelry in over a month. I'm sometimes far too impatient to let the stones speak to me. Must make time to be creative.