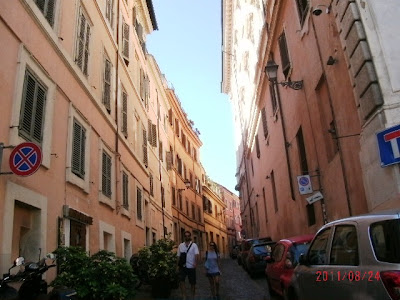 Ahh, Italy. It was a fabulous trip. I’d go back tomorrow if I could!

We arrived in Rome at around 7am to a cloudless sky and the promise of a hot day. As we had left a wintry Australia this was a welcome change… so far! An easy trip by train to Termini station and we even found our hotel with not too much fuss (though we were extraordinarily early!).

After a refreshing introduction to gelati, we decided to walk and see where we ended up. And that would be LOST. But all roads lead to Rome, and sure enough we eventually ended up at the Roman Forum, the centre of the civilised world 2000 years ago. 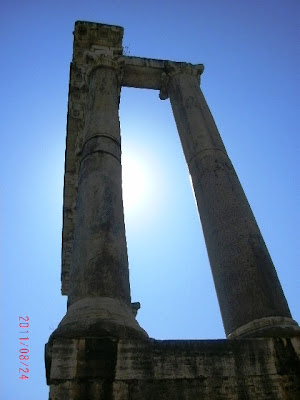 I must note here that in the first hour we were almost run over numerous times. We discovered later that you must OWN the road (or at least look like it) and then the cars will wait for you. But if you look rather startled and worried as we did, then I’m sure they aim for you instead!

The Roman Forum was fascinating, as was the Roman Soldier we met on the street outside (plus he was funny) and the day stayed clear and got hotter. 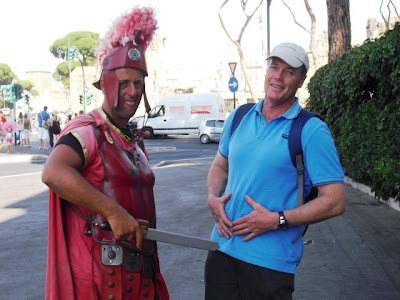 The choice by hubby and I to stay in jeans and sneakers for the day was proving very unwise, as I gazed longingly at other tourists in light summer dresses and sandals!

As with many of the ruins, they are low down – as in below the streets around so the air is even more stifling. Plus we discovered that ruins all over Italy rarely have trees dotting them for shade as I gather the roots would disturb the ruins more. So, after the lack of sleep, dehydration from the long flight and the change from 10 to 38 degrees, I basically went into a form of heat stress and said “enough”, which the children were immensely grateful for. 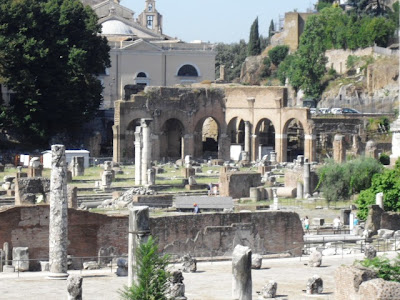 We escaped the crowds and sought out a café discovering granita – the Italian version of a slushie or snow cone – and in particular the menthe flavour which was so refreshing I felt able to keep walking back to the hotel.

However, our map was a free one and didn’t have most of the streets on it. Hubby’s normally excellent sense of direction was all upside down being in the northern hemisphere, so we got lost. Again.

But, on the positive side, we got to see parts of Rome that many tourists probably don’t. Like the entrance to the Juvenile Prison.

We eventually trudged back to Termini, found our hotel, had cold showers (the only kind in our hotel) and lay on our beds in a daze for the remainder of the afternoon.

A 5am start the next morning and feeling energised after a good night’s sleep, I opened the windows and shutters of our room and let the magnificent scent of fresh pastries waft into the room. Our room was on the third floor, over a narrow street of shops and restaurants that had apartments above them. 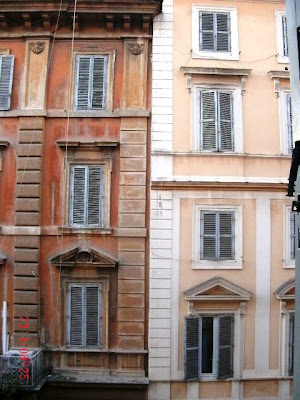 This day we went in a different direction, enjoying the cool, narrow streets and their shade as we sought out the Trevi Fountain. Unfortunately the fountain was being cleaned and wasn’t on, but the children threw a coin in anyway … perhaps they’ll return to Rome one day, as I did (having thrown a coin in when I was 12). 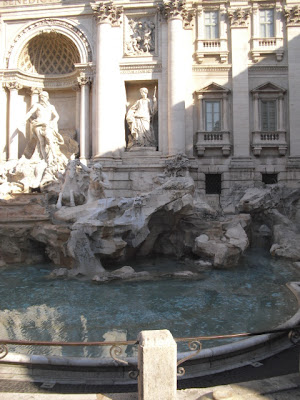 The Pantheon was our next stop and my first visit. It is an immense building that was originally a temple to all the gods and supposedly built to plans drawn up by Emperor Hadrian. 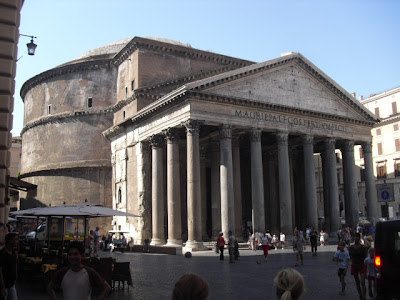 It is as high as it is wide, with an oculus that provides the only light inside. The fact that the old building is in such good condition (unlike most of the ruins which are, well, ruins and stripped of their grandeur by earlier generations for building materials) is due to the building being thought of as inhabited by devils by early Christians and converted into a church, which it still is today. 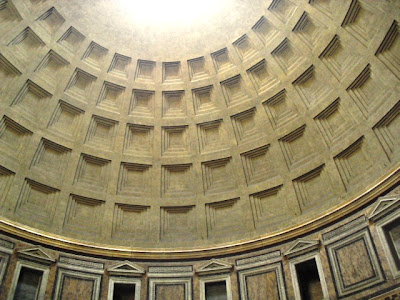 Piazza Navona was just a laneway or two away. This used to be a 1st century stadium of Emperor Domitian and it still retains the shape of the track once used for chariot races. Full of wonderful baroque fountains and features. 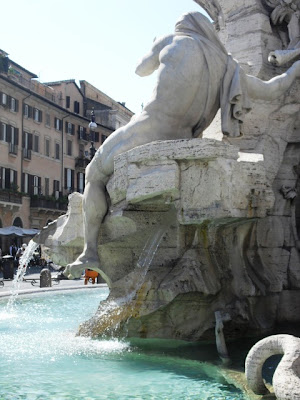 We kept walking, although the heat was rapidly turning the walking into trudging again, and eventually arrived at the Colosseum. Thank goodness we had purchased a combined ticket at the Roman Forum as the line waiting to buy tickets was huge. In the intervening 30+ years since my last visit, quite a bit of work has been done on the Colosseum. A museum has been installed on one side, part of the floor has been reconstructed showing how it would have looked above the labyrinth of passages that lay below it used by the actors, gladiators, animals and so on. 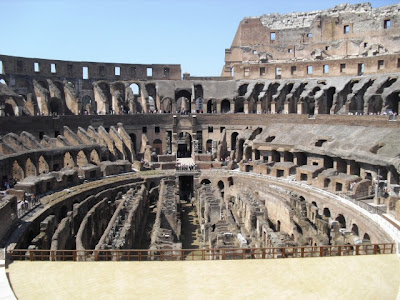 On our descent from the top of the Colosseum, I managed to fall down a couple of the steep stone stairs which proved rather embarrassing and resulted in a slightly strained ankle and bruised tailbone. OUCH!

Having learned from our errors the day before, we headed off in the correct direction this time and made it back to the hotel for a late siesta. A couple of us nipped out for a spot of shoe shopping (!!) and we all managed to be awake for dinner at a little restaurant downstairs where hubby seemed to already have a relationship with the waiters who spoke a little English, due in no doubt for his extraordinary need for coffee. 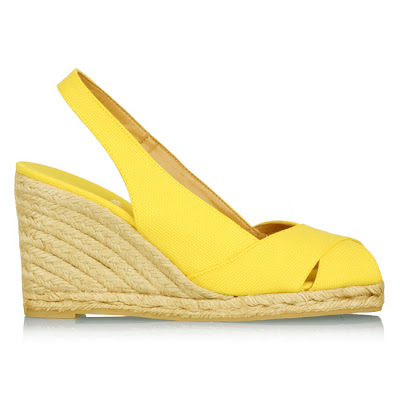 I noted hubby's Italian vocabulary had also expanded from cappuccino, gelati, ferrari and ducati to include caffe Americano (long black coffee), birra grande(large beer), si (yes) and grazie (thankyou). (Mind you it didn’t expand expotentially on the time we were there. I think by the end of 3 weeks he had only also mastered scusi (excuse me), uno (one), due (two – as that’s how he ordered coffee , two at a time as they were small), cinque (five … since that how many there were of us), il conto (the bill), buona sera (good afternoon) and aqua naturale (non fizzy water)! His pronounciation however remained appalling.)

Before leaving Rome I attempted some shopping inspired by the fantastically presented Italian women that were everywhere. Unfortunately my bust size as well as my overall size 14 (Australian size) body was too grande (big) for the Italian fashions. Disappointing but true – they are quite petite as a ule and their bust size is substantially smaller in general. However, my feet fell well within their average sizes …

Have you been to Rome? What was your favourite thing about it? If you haven't been yet, what would be top of your "to do/see" list? 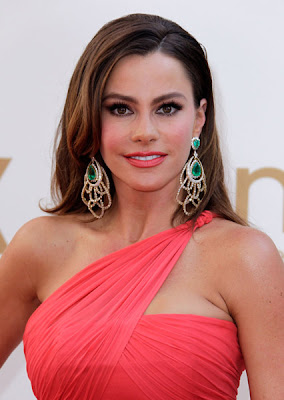 
The Emmy’s have been and gone and we’ve had our sparkle dose for the week. The stars came out in jewel shades, red and of course the safe option, black. Bright blues and aquas which were showcased as colours to wear next spring showed up on some , along with gem-shades of amethyst and emerald. 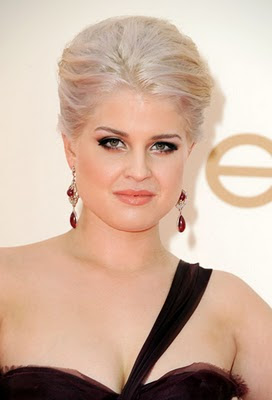 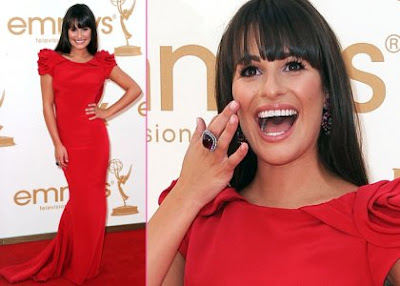 
Most stars stuck to the safe (but a little boring!) with diamonds - as usual. A few lashed out with rubies and sapphires and some semi precious stones were given an airing in more unusual earrings and sometimes rings. 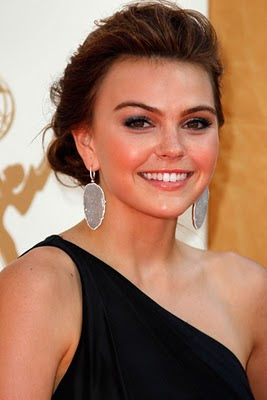 I quite like these big druzy earrings worn by Aimme Teegarden! 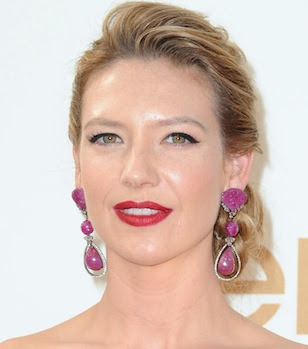 
Earrings varied from studs to statement drops, chandeliers and slim, linear styles. Necklaces were occasional, these stars (or their fashion advisors) need to get over the bare neck look and be a little more daring than a chunky cuff of which there were a number seen. 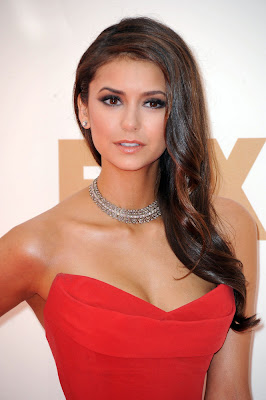 One of the rare necklaces seen on the night. 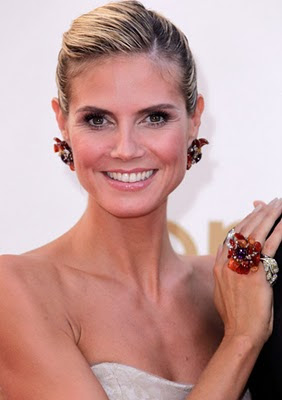 Heidi Klum and her chunky mixed stone earrings and ring.

Most of it was all a bit *ho-hum* really. I always look forward to a glittering night but this time I’m left feeling rather underwhelmed. 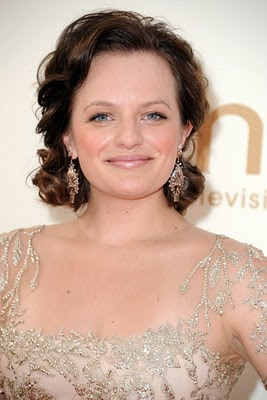 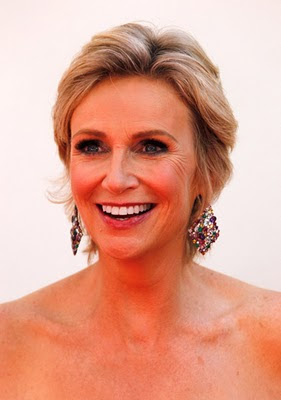 Elizabeth Moss and Jane Lynch on the chandelier style bandwagon.

I promise to write more about our adventures in Italy - once I get over the jetlag and organise the photos a little more! 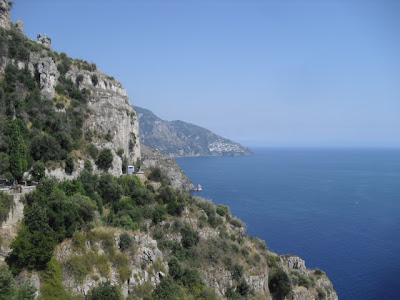 A quick post, all the way from Italia! (At least I currently have a good reason not to blog regularly!)

I’ve been here about 10 days now and having a fabulous time – the first week was hectic with lots of sightseeing, walking, getting lost and coping with the heat after leaving a chilly Australia!

We've spent some time in Roma, Pompeii, the Amalfi Coast (pic above), Paestum, across the country to Matera and Alberobello and up the Adriatic coast. 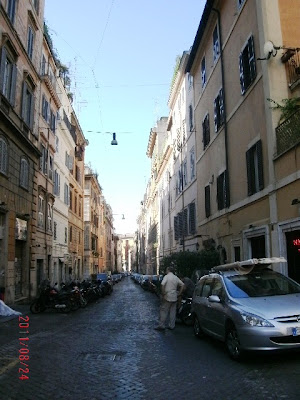 We’re currently settled into our accommodation at the Residenza Paradiso at Santa Maria in Valle near Trevi in Umbria, a working olive farm, and being looked after by the genial Emiliana and Alfredo.

Our house, the Casa del Contadino, is a restored 17th century farmhouse that just oozes history and charm. The views are magnificient over the surrounding Umbrian countryside and the picturesque town of Trevi. The stone houses, narrow streets and melodic Italian language just washes over you in delightful waves!

I’m constantly inspired by the stylish Italian women. I know we hear of French women being the epitome of style but the Italians must give them a good run for their money. I love their fashion sense and colours. I met a lovely Australian woman who is living in nearby Spello – she was looking very Italian (completely chic), but with the wonderful Australian accent – and it is a great mix!

All the hisory, varying landscapes, the cool lanes and the hot sun have got the creativity flying and have some great ideas brewing for new designs when I get back home and start playing with my gems and pearls!

But, the trip isn’t over yet – another week here in Umbria and then a few days around the northern parts of the country including Venice and Milan. 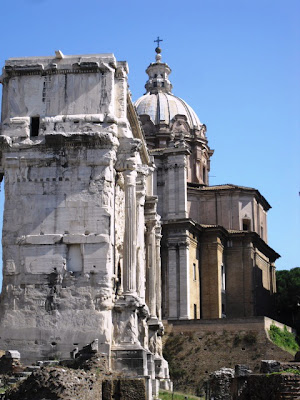 Till next :)
Ciao
Annette