The Wanderer has Returned and Clutter Concerns 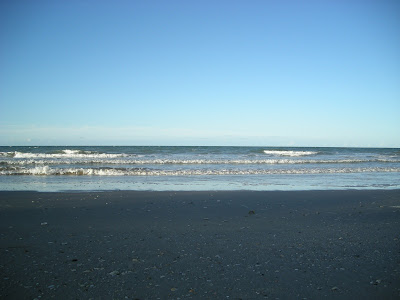 The last few days at Woodgate proved a bit busier as we got a little more active - the kids had us riding everywhere, walks, runs and swimming at the beach and since we couldn't put it off any longer, some jobs around the house - painting, organising and cleaning (since it will be months till we get back and no one cleans like you do!)

As promised from my last post, here are some pics - they were taken in the late afternoon so the beach is rather shady unlike most of the day.


We enter the beach here 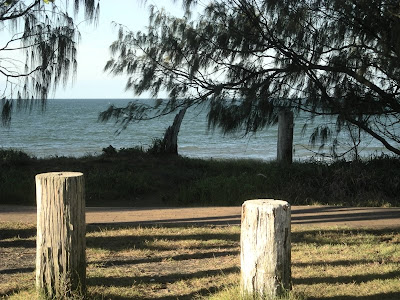 Looking for interesting shells is a regular activity 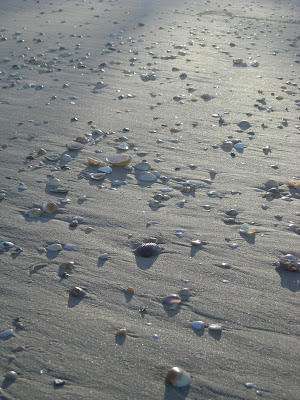 The girls having races on the beach :) 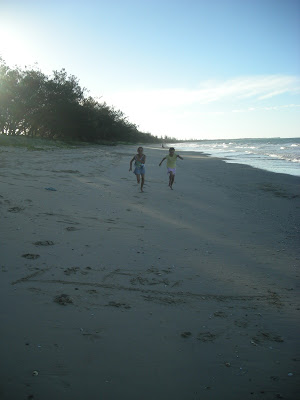 After a mammoth 12 hour trip yesterday, we're back home. The kids are far better at travelling these days but my oh my we were all stiff when we emerged.

My first impressions of being home, albeit in the headlights since it was dark - the grass hasn't grown much so there hasn't been much rain (not so good for the crops but good for son who does the mowing!), it's decidely chilly (like slippers and jumper chilly ... rather different to the heat and humidity of the last couple of days) and on entering the house, 'thankgoodness its clean and tidy but we've just got too much "stuff"!'.

I realised in the last few days on holidays, that the kids had actually been perfectly happy with a minimum amount of things - well, apart from running out of books to read. The rest of the time, they rode their bikes around Woodgate, went to the beach and played games that we keep up there.

But here we are back home and they have 'stuff' everywhere. Stuff that they hardly (if at all) look at let alone use or play with. And I'm not much better - while my studio is full and a bit chaotic its what I need to get things done.  But the study is overflowing with my (and everyone's) excess 'stuff', the garage is likewise full, as is the storage landing in the shed.

I have been hit with the clarity of eyes that have been unused to clutter and my need for those built-in wardrobes in at least 2 rooms (that we've been talking about for at least 4 years) is coming to a head! It will be a good excuse for a clean out in those rooms at least, and I need to take a firm hand with all those 'one day it might be useful' items that ends up the study ... before getting moved to the garage ... and then onto the shed. The next stop should be the tip, but how often does that really happen in anyone's life!?

So I'm on a mission - I badly need to get back into the studio but I will have to set aside time for the great clutter cleanout! Well, at least until I run out of steam and get too used to it all again.

Any tips for me in my endeavour to live (or at least get back to) clutter-free?  If so, do let me know, I'll need all the help I can get!

clutter free is easier said than done, on the one hand there's the need to lead a simple stress free life, with no dusting or tons of stuff on the other hand we've gotten used to a high standard of living and simply can't do without a million and one gadget, tool, thingamajig :-(
good luck!

Good Luck with the de-cluttering! I don't envy you!!!

newsletter@declutterfast.com
You may find this site helpful in decluttering.I have. (Though the clutter tends to grow back.)

Looks like the most amazing place & sounds like you at a fantastic time doing lots of 'beachy' stuff.
x
Melissah

Annette looks like a fun time at the beach house, am not sure what is worse the packing up to go away or the unpacking on return??
Sorry absolutely not one tip from the clutter queen living in her minuscule Paris apartment...sorry.
Love the website from NanaRuth will have to take a serious look
Carla x

OK, I managed to get SOME of the clutter under control... of course the study is where it's all ended up and I can hardly walk in there without tripping ... oh well!