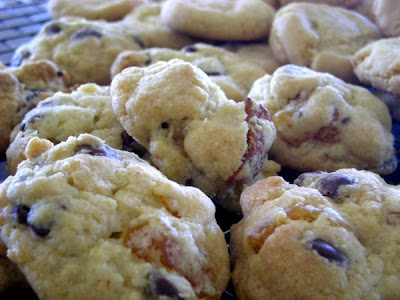 A blogging friend of mine recently called herself a very bad blogger. I think I have beaten her in the lack of regularly posting arena by now though.

Monthly trips to Sydney, increased community and family commitments have made my life more crazy than usual and I feel like I just don't have time to stop, otherwise things don't get done. Opportunities to squeeze in some time to indulge in creating seem few and far between, more's the pity.

The children go back to school tomorrow - a few days of relative normality before it all goes pear shaped with yet another trip to Sydney. Since I moved out of Sydney in my 20s, I've never been back there so frequently and I reckon after this year is over I won't be keen to venture forth in that direction for some time.

The first week of the holidays involved a dash to Sydney (see what I mean!), a sleepover upping the normal child tally a bit for a couple of days and a family gathering. I was cooking potato bake and warm vegetable salad for the gathering of 25 people, but had to cook it and get it there warm and ready to eat. I had a slight hiccup or two. The oven decided it was just too full and took forever to cook the vegies. Then I tipped one bowl of the warm vegetable salad over - luckily the foil and tea towel I had covered it with, caught it all and it just looked a little more "tossed" than the other bowl.

The past week however has been blissfully quiet - the girls won't get their heads out of whatever novel they're currently reading so its all quiet there. With the weather so cold, everyone has endeavoured to stay inside near the fire as much as possible but son, at 13, can't help himself and sure enough the delicate household balance goes awry. So there has still been the occasional fight and a definite need to let of steam and energy - followed closely by my declaration to "go outside NOW and run around for at least half an hour"! 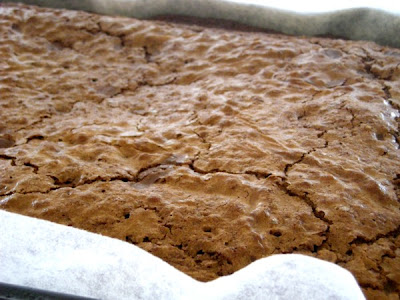 I celebrated the end of the holidays today by cooking numerous batches of yummy food. Totally required of course with school due back and a cupboard bare of lunchbox type foods. So I got in and cooked chocolate brownie (above) (I posted the recipe for here it a couple of years ago), a double batch of choc-apricot cookies, a double batch gingernuts (below) and an apple cake. All were made with our own eggs (yay to the chooks finally growing big enough and starting to lay!) and the apple cake was made with Grandma's crisp apples. 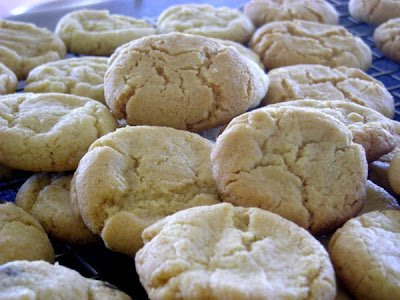 In the absence of a piece of jewellery this week, I'm going to share my choc-apricot cookie recipe (pictured at top). I've made these for well over 20 years and they always work out. They were actually tasted by a food editor for an Australian foodie magazine who was visiting my house a few years ago - and she asked for the recipe so they must be good!

Beat butter and sugars in bowl with electric mixer till light and fluffy. Beat in egg til just combined. Stir in flours, choc chips, coconut and apricots and mix to a firm dough. (If using your mixer, change the blade to a dough hook, as its a heavy mix).
Please level tablespoons of mixture about an inch apart on lightly greased oven trays and flatten slightly (or just throw them on the trays - they flatten a bit by themselves!). Bake in a moderate oven 20 minutes or till lightly browned. Let stand 5 minutes before removing to racks to cool completely.

Notes: makes about 20-25 biscuits, so make a double batch, otherwise you'll look around and they'll all be gone! Heavenly still warm but watch out for apricot pieces - they retain the heat. The mix is a great basic mix - feel free to swap the choc chips and apricots for something else.

OK, back to the ironing board - I promised myself that I would get it all done these holidays and I've still got a pile to go and only hours left!

Till next :)
Cheers
Annette
Posted by Annette Piper at 19:36

I love baking in the winter time. I believe with the air being colder, the baking aromas become more pronounced. It's also torture to be cooking or baking in the heat wave, we've had over the past week.
As for blogging, I believe it's cyclical. I took a break because my mind was so preoccupied with other things, all I could think of was my thesis and that began reflecting in my posts. Everything began to be connected to feud cultures somehow ;-)

Annette, I haven't been here in about a year, and what do I find? You're making cookies on top of your spectacular jewelry.

Thanks a lot. Now I'm going to have to figure out how to make these cookies AND stay lazy... is it even possible?!

Yummmm, nothing better than baking in cold weather, they all look delicious!

Yum, yum yum, how am I ever going to go off to my personal training now. I have only just started back after an absence. Oh dear, I can smell it and it smells delicious. Enjoy a quite few days.
Julia

I sincerely think you're not a bad blogger at all. Although you don't post frequently, I can always count on your for a visit to my blog and when you do post, your stories are always delightful.

Hmmm this recipe looks so delicious and nice. Even it doesen`t like a very easy recipe i think i will try it. Thanks for sharing.

Yum! Thanks Annette. Do you mind if I share this on our CEO page, and I'll link back to your post?
Cheers,
Courtney

hi annette, the cookies are yummy!!
they're a gem :)
blogging for me is on and off, too, since i've been busy with writing.
take care!

I'm sooooo with you Annette on this busy stuff, since returning to work full time again I've been a shadow of my former bloggie self. Thanks so much for your yummy recipe, or rather MOTH thanks
Millie x

I've been lax about posting AND reading my favourite blogs. Luckily I came by here on recipe blog day! I've been finding myself following more and more food blogs lately (baking vicariously) so it was perfect timing to visit yours. Everything looks delish...

I just whipped a batch with raspberries and blackberries! They're divine!thank you for the recipe

Chewy cookies! My kids doesn't like crunchy cookies that I last made for them. I think this will be perfect for them. I just hope that they will love this. Thanks for the recipe.

Those recipes are simple and easy to make. I will surely make this as good as it looks like yours.Thanks for sharing it.