A trip to Norfolk Falls 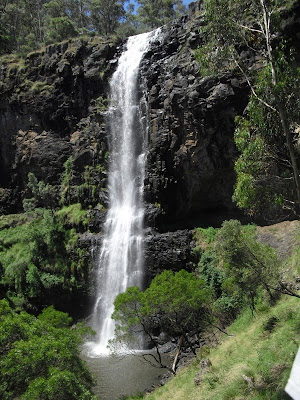 The twin's birthday has been and gone. Reaching the momentous age of 10, they're now into double digits and asking for things like having their ears pierced! For this landmark birthday they wanted to go somewhere and do something that they had never done before.

Hubby came up with the idea of going to our local national park - Coolah Tops - specifically to Norfolk Falls. The girls were thrilled with the idea of seeing a waterfall in real life and bounced around for days in a state of excitement.

The day dawned clear and bright and we ventured down the road then up the hill, and continued up and up... and up. We arrived at the parking/rest area and while hubby proceeded to light the barbie (bbq), I headed off to the top of the Falls with the kids. 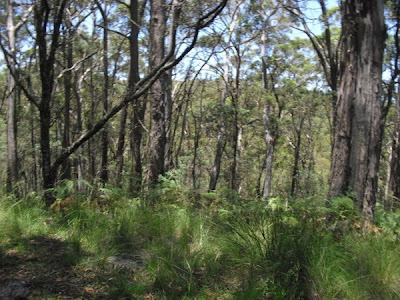 It was only about a 600m but that distance included 500 stairs! Of course, going down wasn't too hard :) We took off our shoes and paddled in the shallow stream that a few scant feet away fell 120 metres straight down! 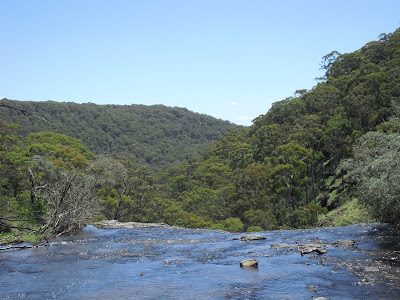 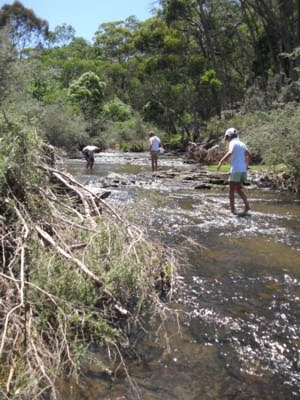 Eventually we had to haul ourselves away and climbed up those 500 stairs whereupon I gratefully sank onto a picnic bench!

After lunch we ALL ventured forth again, down the 500 stairs, had another paddle in the stream and then went cross-country down a very steep hill to the base of the waterfall.

Although we live on a farm, the countryside is really very gentle and we only have a few small rocks worthy of clambering over in a couple of distant paddocks. I wondered how the children would take such a challenging walk but they loved it. They scrambled down the slope, following what appeared to be bits of trails now and again, climbing over fallen trees, past small orchid like wildflowers and using clumps of native grass as handholds.

The waterfall was magnificent and the pool at the base of the waterfall looked inviting. There was a constant cool flow of air (from the falling water) but we were still ready for a quick swim. There were some shallowly submerged sharp rocks making it a bit tricky to negotiate, but we managed and boy, was that water COLD! 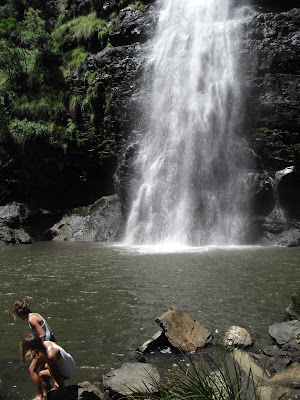 Can you see hubby and one daughter here close to the spray from the falls? 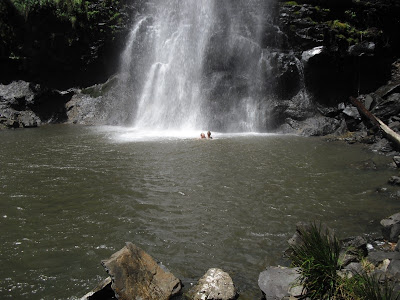 The walk back up that slope might have only taken 20 minutes but I can honestly say I felt like falling down when we reached the top. My legs were shaking and my breathing was more like gasping for oxygen. Of course I'm totally out of condition - too much sitting down creating jewellery last year methinks! Another paddle in the creek and then up the 500 stairs... again!

Needless to say, I hardly moved the next day as my body recovered. A few days of normality and then yesterday, we picked up Meri's new kitten. Isn't he cute!? He'll be keeping us on our toes for a few days yet, I'm sure :D 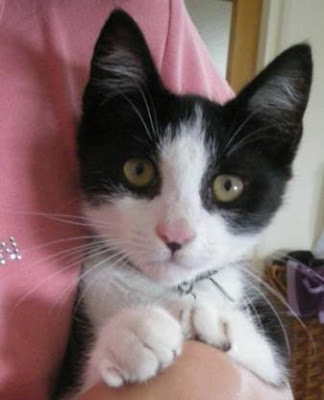 What beautiful falls. I would love to take my boys somewhere like that but oh boy 500 stairs and we would have to carry them.

Happy birthday to your twins

What a beautiful place! I can only imagine how tiring that trip was.

Happy Birthday to the twins!

What a cute new family member.

Looks like a beautiful place to visit but I doubt my creaky legs can take the 500 stairs!!

Happy Birthday to your lovely girls!

I'm an interior designer from Melbourne, Australia - I loved your blog, I found it very inspiring. This is all new to me but I have just set up my own blog
scrapbook-melissah.blogspot.com
You may like to check it out because I had so much fun doing it.
Thanks for providing me with such great entertainment!
Cheers
Melissah

ps my eight year has started a blog planestrainsandcomputer.blogspot.com if your kids would like to visit :)

Somehow I missed this when you first posted it, Annette! What a lovely adventure you had!

I can totally imagine that rubbery feeling my legs get after a day like the one you spent. But I still bet it was SO worth it. I love how excited your girls were to see a real waterfall! :o)