Jewellery news dominated by diamonds ... and an engagement ring! 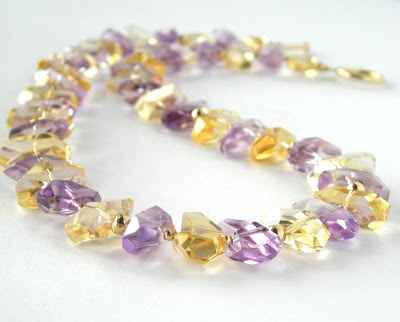 And the last week of November rolls around.... *sigh*. At least I've started my christmas shopping. All this week's efforts have been online purchases - such a great way to do it ... and no sore feet ;)!

I had a wonderful time at last weekend's Christmas Fair in Tamworth. It was such a great group of exhibitors too - there was a lovely vibe to the whole day! Many customers sought me out from last year's event - I just love to hear how their enjoying their previous purchases.

I have my open day in Coolah this Friday and then next week my last show for the year in Mudgee at the Art Vine Artisans Christmas Market. I'm looking forward to a bit of a break from shows, but there will be plenty to keep me busy after that on the family front!

There have been a few things happening in the jewellery world the past week.

We have the world's most expensive pink diamond: The extremely rare 24.78 carat flawless pink diamond smashed the price record for most expensive diamond (and piece of jewelry) sold at auction (Sotheby's), where Laurence Graff paid the princely sum of $46.16 million and has already named it The Graff Pink. (He already owns the diamond with the previous title of most expensive diamond sold at auction, for which he paid $24.3 million - and all this from a lad who came from the streets of London and left school at age 14!)

Speaking of princes: Prince William announced he would marry his long term girlfriend Kate Middleton next summer. In a touching gesture, her engagement ring is the sapphire and diamond ring that Princess Diana wore. A little old-fashioned some may say, but its still a ring to be reckoned with - the sapphire is 18 carats of top quality stone with 14 nice diamonds around it and has a current value of approximately $500,000.

Rare emerald: A rare 9.27carat square cut emerald from from the legendary mine of Muzo, Colombia, brought a price of $835,682 at the recent Christie's sale. Gemmologists claim its vibrant hue class it amongst the world's best.

If you like to fossick for gems: Perhaps try your luck at the Crater of Diamonds State Park in Arkansas. A fellow last weekend had a bit of a fossick and ended up going home with a 2.44ct brown diamond. Definitely worth the $7 entry fee!

The legendary Hope diamond : The Hope diamond has had a new, modern setting designed for it by Harry Winston Inc., to celebrate its 50th anniversary of being donated by Harry Winston to the Smithsonian. Set into a necklet with 340 baguette diamonds, that took 8 months for jewellers to create, it will only be in the setting for a short time before returning to its original Cartier setting.

The other piece of jewellery news is more of an oddity, really. I saw the headline of 'world's largest pearl' and when I investigated further, found they were referring to a six ton ball of blue-green fluorite from Mongolia. As it glows in the dark it is referred to as a 'luminous pearl' On sale for an estimated 88,000,000 GBP if you want a five foot high night light?

In honour of all the lovely gems in this week's news I thought I'd better post a special piece - and this one surely is! Made with top quality amethyst and citrine and 14ct gold, I just love it!

Till next week :)
Cheers
Annette
Posted by Annette Piper at 17:07

Eeek, a $500 000 ring, not sure I wouldn't take it off next to the sink or something similar and possibly lose it...I think I'd go grey if I wore something like that.

Love that piece you've made, it's beautiful.

That piece is exceptional. Your work (and photography) are alway top notch.

Lucky Kate :) next time you come thru here the Visitor Info Centre should have it's noddleing pit ready and up to go - with a gold coin donation and then you can fossick for your own Kate like stone (maybe not that big - hee hee) best Le

I love the peice of jewellery you have at the top. Beautiful colours.

I also think the ring that William gave Kate is beautiful. Though I do adore old fashion looking jewellery like that.

That is one big pearl! And it glows? Way cool! lol

That's such a sparkly, fresh-looking piece, Annette! And what interesting jewellery news you have to share.

Eight months to create a setting for the Hope Diamond that will be used only for a short time?! Seems such a waste. Perhaps I should volunteer to wear it around a bit--just to be sure everybody's get their money’s worth. ;o)