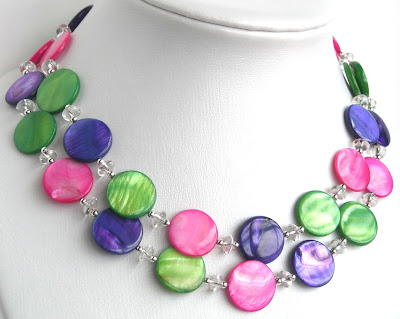 OK, time to admit it. At least 70% of my life is chaotic. It didn't used to be this way and as I love routine most of the time, I'm sure I'll get past this stage. But it certainly isn't fun at the moment.

Children and computers are the major cause of this chaos. Sound familiar?

Last year, the children would head off to school, the house would be quiet. I could do the housework and then sit happily in my studio and create or do work on the computer. Naturally when shows would be imminent it would be a busier and by the end of the show I would feel quite worn out. (Nothing has changed in that department!)

This year however ALL routine seems to have gone out the window and the result is not pretty! The children are still firmly in holiday mode - sure they're going to school, but homework? And piano practice? And chores? I spend my afternoons and part of the weekend getting tense at everyone for not doing what they're supposed to and sorting out squabbling between the children as to who is going to do what first!

Add into the mix computer problems - a hacked website that took weeks to sort out, the recent trojan virus attack and associated problems. Oh, and a husband that appears to have watched too many aerobatic sequences on You Tube and our download quota being burned up so we're reduced to a snail's pace.

OK, now that I've admitted life is chaotic, it's time to do something about it! A timetable for the children perhaps, or a timetable for me?

Do you ever join in bloggy competitions? I've donated pieces to such events but never hosted one and rarely compete in them even though some sound marvellous. I saw that Monique of Your Cheeky Monkey won some luxurious soaps from Aroma Beauty recently and I know Monique would love them as Jan makes the best soaps around! Then Monique also won a children's hat, organic wool and some sustainable hemp products. That girl should buy a lottery ticket with her luck!

The show in Dunedoo last week was great fun. I saw lots of people I know and introduced new people to some lovely jewellery! The photo above is a piece that went on the day - lovely bright discs of mother of pearl shell and some sparkling rock crystal quartz. Perfect for summer, which we're not finished with yet down here :)

Till next!
Annette
Posted by Annette Piper at 08:20

It is so crazy how life can get so chaotic so quickly.

It's crazy how life can get so chaotic so fast, huh? I hope things slow down for you soon! I do participate in some contests each week - and it's touch and go - a few months ago I had some good luck and won some great cloth diapers for my girls. Now though - not so much luck :( Oh well!

btw - I love the jewelry pictured in your post today!

I'm a creature of routine as well, Annette. My daughter has been involved in a high school play requiring late practices most nights. So she doesn't get home until late, and starts homework even later. And I simply cannot go to bed before my kids!

Thus, I'm running on empty all the time. As much as I love her play, I'll be glad when it's over and we get back to a normal routine.

I love the necklace, Annette. It's really pretty.

I've won a few giveaways without even realizing that they were competitions! I was just commenting on their blogs and welcoming them to MBC!

Oh how I wish it was summer or at least spring here! We are so tired of snow!

Life is pretty chaotic at my house a lot of the time as well, especially in the winter when we are all stuck in the house and everyone is getting in everyone's way.

I hope things slow down for you a bit and you are able to enjoy the rest of your summer! :)

I hate chaos. The older I get the more I get into my "schedule." I've even got certain foods scheduled (Thurs is Big Pancake Day.) I can see becoming totally obsessive compulsive about it (or some might say I'm already there.) No kids here though, so you might have to wait a few years for there to be no chaos.

I don't think I would know what to do without chaos -- probably twitch.

I can relate to how crazy life can get so fast. Love the necklace-looks like hard candy.

Oh dear what a load to sort out Annette, hang in there I'm sure you will streamline things to get a smoother ride through 2010.
I don't have any children, so have not experienced the hassle of giving time to everyone. I did see on a blog that one blogger solved here home chaos, by insisting that everyone in the household have a diary; and every Sunday evening all had to sit at the table and record the appointments and events for everyone for the coming week.
Seemed like a good idea to me...each person no matter what age should know and understand that time has to be allocated to everyone for the household to run smoothly...!
Love the necklace in the pic...do show us more of your work..each piece is just beautiful.
Kind Regards
judith
http://creativestudio10.blogspot.com

Wow, you were hard to find. Hi Annette. I'm Laura Bracken; I run the SRAJD organization. You became a member way back (member #89) and I was trying to get our files up to date. The email addie and website I have on file for you don't work. Would you mind sending me updated info for our files? Thanks! Laura (LauraBracken@ArtIsImportant.com)

Hey Annette you are doing great!
I found this...hmm choker thing today? (I'm not really up with jewellery unless it's diamonds ROFL) will post it later and you can tell me what the heck you think it's made of!

the colours here are amazing .. with a white shirt - just amazing :) le