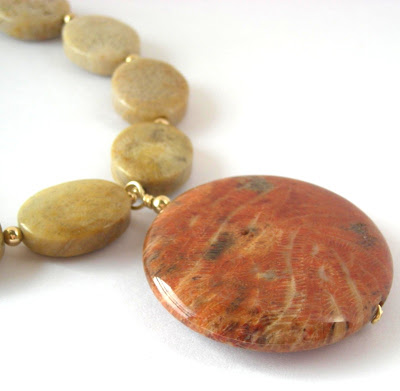 Woohoo this is my 100th post *party*! Who would have thought a post or so a week would have brought me to such a lofty level :)

I was excited to see Pantone has released it fall/autumn 2009 colour report - I love to sort out what gems will match the colours. The favoured tints are

Overall this is a palette I am very happy with - it's sophisticated and not too dark. Do you like the sound of these colours?

One thing I've just realised is that Theresa from TiLT Creations (she makes scrumptious bags) pinged me for TWO memes last week, not just one ... so I had better do the other one I failed to do! This one is a 6x6 tag - where I go to the sixth picture in the sixth folder of my pictures and show you what it is. I've had this computer going quite a while, so this is quite some time ago for me! Here it is: 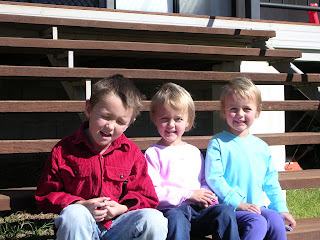 Altogether now... "aaaaawwwwwwwww". Aren't they cute!? These are my children - five years ago! Langdon is now about to turn 11 and Celia and Meredith are now eight. My oh my, how time flies. They're particularly clean and rather groomed so I imagine the photo was taken before we went out somewhere - going out then was an occasion in itself with three in tow!!!

Now I need to tag six others. Hmmm, let me see -

Debi from Who Says 8 is Enough
Chriss from Petit
Ickle Kids
Corinne from Daydream Art Studios
Christina of Really, Christina?
Elaine from Commotion from the Ocean of Life
I'll be checking to see what pics you come up with ladies!

The pic I've selected for today is from my new winter collection and incidentally it is almost the same colour as Pantone's Burnt Sienna! It is fossil coral - creamy, delicately patterned ovals, set off with a magnificent disc in a burnt orange-tan, the whole highlighted with a touch of gold. I've named the piece Thalassa which means 'from the sea'.
Posted by Annette Piper at 14:53

This is so perfect for fall. I love autumn colours. Once again, your creation metook my breath away

Thanks for giving me something to blog about Annette! I posted mine here:
http://daydreamartstudios.blogspot.com/2009/03/6x6.html

Your work is beautiful, as always!

Love the necklace, as always. Congrats on your big 100!!!

Thanks for the tag!! I'll get on it later today. I sure hope I have a good pic to share and don't end up with a dud!! LOL

They are sooo cute!!

What a nice familly!
The colors of this neckless are very beautiful! I love it!

Thanks for picking me for the meme!! Mine is now posted!!

CUTE kiddos! They grow up too fast though

I love just looking at the Pantone color chart. The colors sound great! And such a cute picture of your kids!

And heck, it's always a good thing to pull out when you need a post idea :)